China, USA and the Soft Power 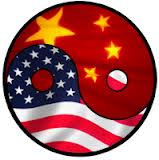 Last week, the two most powerful men on planet met. Three months after his tenure, Xi Jinping went to the United States of America (USA) invited by Obama. It is a noteworthy fact. After all, their predecessors – Jiang Zemin and Hu Jintao – made their first trips to USA only a few years after having assumed the Chinese Government. Obama welcomed Xi in Sunnylands, California. The place was inviting and relaxing (http://sunnylands.org). A wide range of bilateral, regional and global affairs were on the table. Cyber Security, the Koreas, Iran, Syria, Middle East, Central Asia, economic and financial crisis, WTO trade disputes and the environment were possibly part of breakfasts, lunches and dinners’ menu. However, the main purpose was to establish a good personal relationship between them in order to allow discussions on ways of cooperation and management of the differences in a more effectively way for the next years. It is a valid effort.

China’s economic rise and its relationship with the USA have evoked several debates on world’s future. Many wonder if the two countries will enter into deliberate conflict or will be able to establish a relationship of peaceful cooperation. As mankind’s history is marked by war and peace, such a question has its relevance assured.

Looking for answers, analysts are leaning over data highlighting the power of these two Nations for this century. On one hand, the so-called hard power and, on the other, the soft power. This latter concept was outlined by the American political scientist Joseph Nye and has been a subject of discussion here in China. It refers to the skill to influence other countries without using coercion, force or money, that is, without appealing to hard power. To David Shambaugh, another political scientist, recently interviewed by Brazilian newspaper Folha de São Paulo (http://bit.ly/14M6fbX), China has no soft power “because no country wants to copy them.” In other words, no country sees China as a model to be followed. It is understood in this statement that: 1) many countries want to copy the USA and 2) China intends to be copied. However, in this imitation’s game, China seems to be less interested in being imitated and more concerned in learning and imitating others – mainly the developed countries – in whatever they are better.

China is, in controlled doses, transforming itself into a market economy. For some people, it points out an adhesion to the American model of economic development. There are controversies. The Chinese state-controlled companies are the main players in market. State is in control and wants to learn and dominate the rules of the global game. And China is a diligent student, pays attention to everything the “teacher” says and does to become the best student and, possibly, in the near future, to be in the teacher’s place. Learning and copying who plays well is far from meaning an adhesion to the way the other one thinks and acts. It’s risky to say, therefore, that China wants to incorporate Western ‘s values and ideals represented by the USA.

Moreover, there are focusing differences in the relationship that these two great powers establish with the world. In addition to goods and services, USA is concerned in exporting values such as “democracy”, “freedom of speech” and “human rights”, because they use these values as the political basis to justify their actions (several times, intervention) in the world and, accordingly, maintaining his power. China, on the other hand, is concerned, merely, in selling goods. And if there is a value that it is concerned in exporting is the one that refers to the “principle of diversity” of States as the driving force of human civilization. For China, the West ignores this principle when it’s related to different values and ideologies. It is worth remembering what President Xi Jinping said at Boao Forum for Asia Annual Conference on April 7th this year: “the ocean is vast because it admits hundreds of rivers. We should respect the right of a country to independently choose its social system and development path, remove distrust and misgivings and turn the diversity of our world and difference among countries into dynamism and driving force for development.” China wants to modernize itself and introduce the market economy in territory, but in a Chinese way; and still wants to dialogue with the world without changing it into herself.

Talking to some Chinese colleagues, I’ve asked them if they would like China to become another “USA”. The answers were diverse. The one that really caught my attention by the subtlety implicit on it is the one saying that Chinese admire the USA “as a place to be” but “not as a country“. I immediately thought about the sense of the characters that mean “USA” and “China” in the Chinese language. The first is written “美国” (meiguó). If we consider the meaning of each character isolated, we would translate this expression as “beautiful country”. China, on the other hand, is written “中国” (zhongguó), which could be translated as “center country” or “middle country”. Which characteristic would weigh more on the constitution of China’s self-image? And what if, besides being the center of the world, China would also see itself as beautiful as the USA in its concrete cityscape full of wealth symbols? Shanghai’s financial center is the portrait (or almost a copy?) closer to this aspiration, this dream.

That’s why Chinese media is reflecting a discussion about whether the much-touted “Chinese dream” wouldn’t be confused with the “American dream”. The latter is commonly associated to the idea of material wealth obtained through personal effort in an environment of equal opportunities without rigid social hierarchy and free from racial, religious, gender, and class discrimination, etc. The “American Dream“, as an expression of a capitalist dream, stimulates the “regular” individual to aspire becoming rich. The American middle class is identified as the one that is working for it. The problem is that “American dream” has become a nightmare for many American citizens after the economic crisis. Since then, there has been little social mobility in the USA, so that whoever is born rich tends to stay rich; and if born poor, probably will die poor.

The irony of this story is that China is producing millionaires every day and has become, according to the Boston Consulting Group, the third country with the largest number of millionaires – just after USA and Japan. The Chinese are seriously considering the famous Deng Xiaoping ‘s phrase: “getting rich is glorious”. The society and class system that emerges from this new and very ancient dynamic China are important aspects to monitor and understand transformations that this country is facing, despite the still rigid hierarchy that characterizes Chinese culture in family structures, in party and in companies. But something seems to be changing in major urban centers like Shanghai.

China wants to follow-up changing times, but with a project of national greatness that, if not planned to be exported to the world, is designed to engage Chinese themselves around it and move away the “theory of Chinese threat” to the world. Thus, unlike the “American dream” that is focused in the individuals’ greatness, the “Chinese dream” is driven to the greatness of China as a country, where its industrialization, urbanization and the nation’s renewal are at the core of its concerns.

It does not exclude China’s efforts to promote its culture around the world in order to turn it more influential and respectable. The Confucius Institute (http://www.chinese.cn) has made it possible increasing the number of people interested in learning Mandarin and Chinese culture. There are more than 400 Confucius Institutes in over 100 countries. In 2015, it is expected to reach the mark of 500 institutes and more than 1.5 million students enrolled. The scholarships for foreigners granted by China Scholarship Council also play an important role in promoting the China’s image. In search of soft power, even the first lady, Peng Liyuan, is actively participating. She has become even more popular by following her husband in international travels and participating in social and philanthropic activities. And it is working. The first lady and the President Xi Jinping are already in the list of 100 most influential people in the world according to Time magazine.

The new China that is in a gestational process for more than three decades might not be the one that everybody wants to imitate, as stated by David Shambaugh, but it is a China that strives to be, at least, welcomed around the world. Its soft power has another purpose: it is not a matter of influencing others, but to be accepted by others. Maybe, this is what China might need at the moment: doors open. For this, assumes the speech of respecting the differences and opening itself to copy the developed countries in what is useful for its nation’s Project, translated in the so-called “Chinese dream”. It can take a long time for this dream to come true. But China is more concerned on hitting the extent and direction of the decisions taken to reach their purposes than in time it will take to occur.

The Chinese creation myth that tells the story of Pan Gu (a mythical figure representing the first living being who created everything that exists) differs from the biblical narrative of universe’s divine creation in one essential aspect: time. In Genesis, God created the Earth in six days and rested on seventh. In Chinese mythology, Pan Gu took 18 thousand years to create the universe and to originate Earth (Yin) and Heaven (Yang). For the Chinese, dominate these two plans is an ideal of being. The first, on the weight of its yin essence, fell and became earth; the second, in the lightness of its yang essence, stood up and became heaven. One is hard, the other is soft. The Chinese know the difference of either much before Joseph Nye.