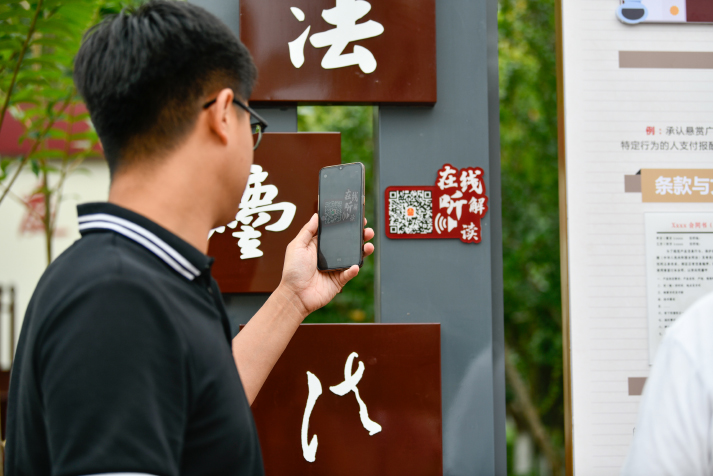 The Fifth Session of the 13th National People’s Congress (NPC) and the Fifth Session of the 13th National Committee of the Chinese People’s Political Consultative Conference took place at a time of increased uncertainty regarding the future of the international order. Since the 2008 financial crisis, which had the U.S. as its epicenter, China has been preparing for more challenging scenarios at the global and domestic levels.

The unexpected pandemic, the U.S.-initiated trade war, and the conflict between Russia and Ukraine add to the uncertainty. From the new normal to dual circulation—in which the domestic and overseas markets reinforce each other, with the former being the mainstay—the Chinese Government has sought to adjust its economic policy to the international circumstances. The country tries not to lose sight of its primary goal: basically achieving modernization by 2035 on the way to comprehensive transformation by 2049, which will mark the centenary of the founding of the People’s Republic of China (PRC).

In the 14th Five-Year Plan (2021-25) approved last year, the Chinese Government stated that there is still much to be done for the population’s wellbeing and to solve disparities in development between urban and rural areas and between regions, as well as in income distribution. But it also emphasizes that China has significant “institutional advantages” and has “improved performance in governance.” Indeed, the Chinese political system and the leadership of the Communist Party of China (CPC) in running the nation have been determining factors in China’s economic development since the beginning of the reform and opening-up policy in the late 1970s. Under the leadership of President Xi Jinping, China has deepened its internal reforms and its opening up to the world. One theme crosses these two dimensions and stands out today: the construction of socialist rule of law with Chinese characteristics.

Early in his first term, President Xi chose strengthening the rule of law as one part of his government’s Four-Pronged Comprehensive Strategy. An efficient legal system has become indispensable for the governance of an increasingly complex and sophisticated China, with a growing middle class and an economy with a global presence. Many Western analysts have been, and still are, skeptical about the possibility of China having advanced legal governance. But under Xi, this agenda has evolved considerably.

Let’s look at some facts: In 2013, the first year of his term as president, on the occasion of the Third Plenary Session of the 18th CPC Central Committee, Xi announced the reform of the judicial system as one of the most critical measures of the reform package. The following year, in 2014, in the context of the celebrations of the 65th anniversary of the founding of the PRC, the Fourth Plenary Session of the 18th CPC Central Committee went down in history as the first plenum explicitly dedicated to the rule of law. On that occasion, a resolution was passed to improve the legal system and establish socialist rule of law with Chinese characteristics.

In 2017, during the Fifth Session of the 12th NPC, the General Provisions of the Civil Law were adopted, coming into force in October that same year. In 2020, the adoption of the Civil Code at the Third Session of the 13th NPC was a crucial milestone in building the rule of law in China. The Civil Code came into force on January 1 last year and prescribed the legal norms that govern civil life, inaugurating a new stage in the nation’s governance and the history of law in China.

To implement the 14th Five-Year Plan, the government wants to improve legislative work in key areas, including scientific and technological innovation, public health, biosecurity, ecological preservation, and risk prevention. There is a clear perception that improving the quality of legislation and the legislative process is necessary. Thus, last year, at the Fourth Session of the 13th NPC, an amendment to the Organic Law of the NPC was approved. This law was enacted on December 10, 1982, and describes the organizational structure of the NPC and the functions of its legislators.

In the same session, amendments to the NPC Rules of Procedure were approved. This law, enacted in April 1989, establishes the procedural rules for creating laws. Neither of these two laws had been updated to that moment.

In addition, among other measures, it was decided that the election of deputies for the next legislature that will begin next year—the 14th NPC—should have increased female representation. Women make up 25 percent of the total number of deputies in the current legislature.

The government is increasing the representativeness of the NPC and updating the standards for all legislative bodies to make the legislative process and the laws themselves more effective. Therefore, it is expected to guarantee the legitimacy of the socialist legal system with Chinese characteristics

before the population. This is perhaps the biggest challenge for the government: promoting a socialist legal culture.

But what is the meaning of a “socialist legal culture” or a “Chinese socialist theory of the rule of law?” To answer this question, it is necessary to take into account at least the Four Cardinal Principles—to keep to the path of socialism, to uphold the people’s democratic dictatorship, to uphold the leadership of the CPC, and to uphold Marxism-Leninism and Mao Zedong Thought—and, more recently, Xi Jinping Thought on Socialism with Chinese Characteristics for a New Era, which was included in the PRC’s Constitution at the First Session of the 13th NPC in 2018, when the current legislature began. Added to this, the combination of the principle of equality of all before the law with greater representation, aiming at the realization of common prosperity, attributing to the application of Chinese law a concrete meaning in the transformation of people’s lives, surpassing the mere formal dimension of the legal norm.

The Chinese Government is taking a step forward by including governance based on the law as one of its priorities. According to the Preamble of the PRC’s Constitution, “the fundamental task for our country is to concentrate on achieving socialist modernization along the road of socialism with Chinese characteristics.” For that, says the Constitution, “the state shall safeguard the unity and sanctity of the socialist legal system.” With governance based on law, legal certainty and government efficiency in the country’s administration are improved. We could conclude that the new era of Chinese socialism coincides with the new legal era in China.

The author is a professor of international law at FGV Law School in Rio de Janeiro, and the Faculty of Law at Fluminense Federal University, Brazil