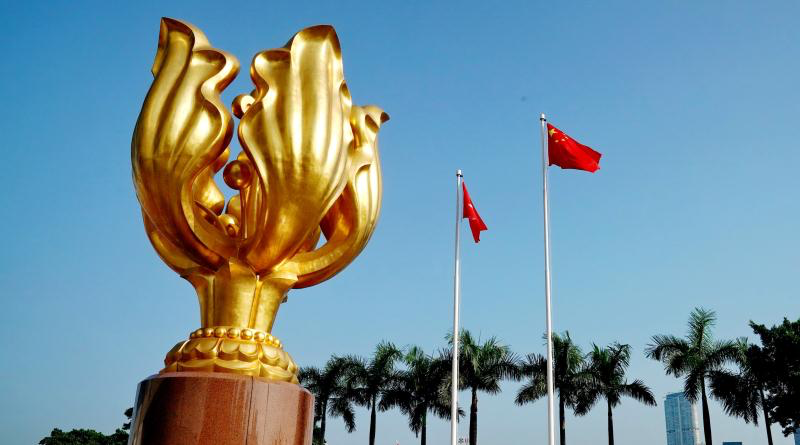 On May 22, a draft decision on establishing and improving the legal system and enforcement mechanisms for the Hong Kong Special Administrative Region (HKSAR) to safeguard national security was submitted to the National People’s Congress, China’s national legislature, for deliberation.

From the point of view of territorial integrity, the draft decision is a sovereign prerogative. The aforementioned draft is also in line with Article 23 of the Basic Law of the HKSAR. According to the law, HKSAR shall enact laws on its own to prohibit any act of treason, secession, subversion against the Central People’s Government, or to prohibit foreign political organizations or bodies from conducting political activities in the Region.

The primary condition for the international community to preserve international peace and security is respect of the principle of state sovereignty. From this principle arise many others that structure the system of state and international laws. One is the principle of non-external intervention in domestic affairs that guarantees each country and its people the right to organize themselves politically and economically according to their values. The only possibility of external intervention in a country that is supported by international law is that one determined by the UN Security Council, of which China is a permanent member.

Another essential principle of international law is that of territorial integrity. All countries have, in their domestic law, institutional rules and mechanisms that guarantee their right to maintain the indissoluble unity of their territory. Any separatist movement is always a serious threat to a country’s territorial unity. In 2017, Spain had to deal with Catalonia’s attempt to become an independent state. Spain’s Supreme Court condemned nine separatist leaders. No country in the world has meddled in this issue because it is considered a problem that is inherently internal to the Spanish government.

Therefore, it is curious that a foreign country feels at ease to criticize or express an opinion on China’s sovereignty when it comes to Hong Kong. Article 1 of the Basic Law of the HKSAR states that this region “is an inalienable part of the People’s Republic of China.” The “one country, two systems” principle gives HKSAR greater autonomy, but not independence. There is no doubt about this.

Hong Kong returned to China over two decades ago, but relevant laws are yet to materialize due to the sabotage and obstruction by those trying to sow trouble in Hong Kong and China at large, as well as external hostile forces. Considering Hong Kong’s situation at present, many agree that efforts shall be made at the state-level to establish and improve the legal system and enforcement mechanisms for the HKSAR to safeguard national security, to change the long-term “defenseless” status in the field of national security.

This explains the background of the submission of the draft decision; In Article 1, it states clearly the country’s unswerving, full, and faithful implementation of the principle of “one country, two systems,” which constitutes the core of the document. Article 3 clarifies the duty of the HKSAR to complete the national security legislation stipulated in the Basic Law of the HKSAR at an earlier date and the responsibility of its administrative, legislative, and judicial bodies to punish acts that put national security at risk. In Article 4, it states that “when needed, relevant national security organs of the Central People’s Government will set up agencies in the HKSAR to fulfill relevant duties to safeguard national security in accordance with the law.”

The HKSAR’s future is not only related to the people and the government of Hong Kong, but concerns all Chinese and the central government of China. The latter has been respecting the Basic Law since the People’s Republic of China resumed the exercise of sovereignty over this part of its territory on July 1, 1997. There will be reasons for the central government to take actions if a foreign state intervenes in the country’s internal affairs in this region. But then the Chinese government’s action would not be against the people of Hong Kong, but against foreign intervention and in defense of the wholeness of China.

Evandro Menezes de Carvalho is the executive editor-in-chief of the Brazilian edition of China Today and a professor with Getulio Vargas Foundation (FGV) in Rio de Janeiro.