COVID-19, a Significant Challenge for All Nations 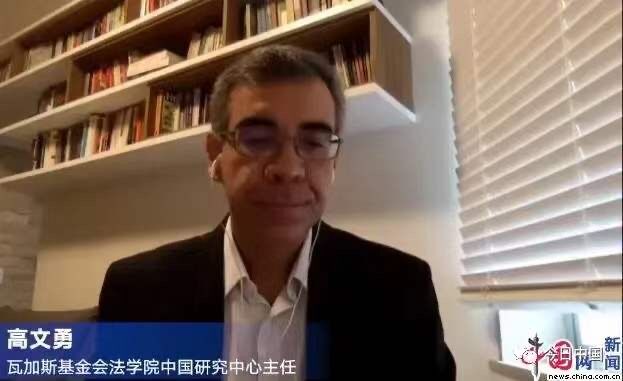 COVID-19 is being considered one of the most significant challenges for all nations since the end of World War II by several international authorities and national governments. This has been the opinion of German Chancellor Angela Merkel, President of France Emmanuel Macron, as well as many other leaders, officials, and heads of various states. The Chinese government has considered this epidemic the most significant and most challenging public health emergency in the country since the founding of the People’s Republic of China in 1949. This is the reason why the Chinese government considered combating COVID-19 a test for the state system and the governance capacity of the country with almost 1.4 billion people. And it seems likely that the fight against COVID-19 will be a great test not only for China but for all states and the various political systems in the world.

Since China was the first country to face the epidemic outbreak, it has become a point of reference and an ally in the international fight against COVID-19. The country has shown the capacity to take quick and effective measures which can be grouped into three categories: Firstly, measures to contain the spread of the virus to halt the increase in infections by isolating the city of Wuhan with more than 10 million people, and ordering on January 29 that all provincial-level regions cancel mass events, suspend long-distance bus travel, and close tourist spots. Secondly, measures for provision of large-scale medical facilities and services, by building hospitals in a short time and sending medical teams of more than 42,000 members from various parts of the country to Hubei. Thirdly, accountability measures, such as replacing Party chiefs in Hubei Province and Wuhan city and firing local officials who have been slow in performing their duties in identifying infection cases and controlling the virus.

China has also acted responsibly on an international scale to prevent the spread of the virus. As a member of the World Health Organization (WHO), it opened a channel of dialogue with the director-general of the international organization to discuss the actions needed for global management to fight the epidemic, in addition to donating US $20 million to WHO. In addition, China has also acted quickly to provide medical aids to countries in need. China provided medical supplies and virus test kits to Italy, the Republic of Korea, and Japan. China has also sent experts to Iran, Iraq, and Italy to collaborate in efforts to contain the epidemic. These diplomatic actions are perhaps the concrete expression of the concept of “a community with a shared future for mankind” conceived by Chinese President Xi Jinping.

Some of the lessons learned by China have been transformed into legal measures aimed at preventing the emergence of a new epidemic and, above all, improving the public health system. On February 24, a draft decision was submitted to a session of the Standing Committee of the National People’s Congress, China’s top legislature, to prohibit and punish the illegal trade and consumption of wild animals to prevent risks to public health. On March 5, the CPC Central Committee and the State Council issued a guideline for further reform of the country’s medical insurance system. The coronavirus epidemic may have accelerated the process of creating the medical insurance arrangement to enable medical institutions to offer treatment before fees are charged to the patient.

Chinese experience has shown that in fighting the epidemic, it is necessary to be diligent in measures to contain the virus, transparent in the information sharing and decision-making process of governments, and to have solidarity among and between the people. These three dimensions are essential when thinking about the challenges to political systems and governance at the national and international levels to deal with emergencies.

However, all countries seem to have demonstrated at least one shortcoming in one of these dimensions in dealing with the fight against the virus leading to fatal consequences in the form of tragic loss of life.

Efficiency in Measures to Contain the Virus

Regarding the efficiency of the measures to contain the virus, governments are challenged by the requirement to make difficult decisions as quickly as possible without disregarding the country’s political rules and institutions. The country’s governance capacity is also tested at these times.

Besides the political system and its governance model, leaders themselves have to prove that they can deal with this war against an invisible enemy. Until recently, and contrary to what has been recommended by health experts, the President of Mexico, André Manuel López Obrador, encouraged the population to be out in the streets. U.S. President Donald Trump has also delayed accepting the gravity of the situation and starting preparations for the battle against the virus. Both leaders are now asking their respective populations to stay in their homes, and they are taking the steps that health experts recommend.

Inefficient leaders are a disaster for any political system. And it gets even worse when science is ignored. Politics will never succeed against scientific truth. To govern without — and, even worse — against science is to lead the country to absolute disaster.

Transparency in Information and Decision-making Processes

The act of governing by paying attention to the guidance of experts in the scientific field takes us to the second aspect, namely: transparency in information and the decision-making process of governments. People need to be well informed about the decisions taken and how decisions are being taken in the context of a public health emergency. The society needs to be sure of the credibility of the sources of information. Fake news has played a highly destructive role in fighting coronavirus. Fake news has been a plague afflicting the vitality of political systems and domestic governance. Fighting misinformation is a challenge in times of social networks that compete with professional journalism.

Solidarity among the People

Finally, the third aspect in managing the fight against the epidemic is the promotion of solidarity between the people. This promotion is perhaps the most difficult challenge today. COVID-19 is giving the people a chance to think deeply about the economic development model that allows them to live a healthy and safe life. In many countries, especially after the economic and financial crisis of 2008, there was a deterioration in quality of life. Brazil, for example, assumed the position of “less government interference” in the economy and social life without giving the most impoverished people the conditions conducive for education and health so that they could find a stable position in the labor market. The competition for money instilled the virus of individualism and greed within society. With a weakened state, what can be expected from the private sector to combat COVID-19? Very little. A strong nation can be a promoter of the necessary solidarity among people.

Solidarity between states is also an important dimension. Since the beginning of the 21st century, the deficit in the legitimacy and effectiveness of international organizations has been increasingly evident. The UN, European Union, World Trade Organization, among others, have suffered criticism and the lack of commitment by various governments. Now, amid the COVID-19 pandemic, states are being driven to exchange information, cooperate, and be more reliable. The World Health Organization, a technical organization, can play an essential political role in the global perception of the importance of multilateralism.

It is very likely that the world will not be the same after this pandemic. And perhaps other lessons can be learned from this painful experience shared by the whole world. I would like to point out some of them:

First, state governments will discuss their economic policies because of domestic social pressures. On the one hand, the supporters of the “less government interference” might lose their convincing power, and, on the other, the supporters of socialism adapted to the current circumstances will carry more weight. In other words, governance models that are based on defending the collective interest may have greater popular appeal than models that are based on promoting individual interests. Of course, between one and the other, populism is always a threat that must be avoided.

Second, science and technology will be of paramount importance for the promotion of social well-being and the guarantee of good governance. Governments that do not take this into account will be endangering not only internal social order but national sovereignty itself.

Third, the agenda in defense of sustainable development standards that respect the environment will gain new momentum. To stay out of this debate is to become an outcast on the world stage.

Fourth, the international order may undergo substantial changes because of the need to reform international organizations and strengthen the role of multilateralism urgently. Countries like China could play an even more significant role in the global system.

Finally, I would like to make a final observation about the anti-China campaign that arose in the USA and Brazil due to some statements made by leading politicians in these countries. Pointing to China as responsible for this pandemic, the governments of these countries are covering up their shortcomings in crisis management, as well as taking on an obscurantist discourse that is anti-scientific and based on conspiracy theories. We need to be attentive to this type of discourse as they do not serve to promote international stability and cooperation. Furthermore, looking at this discourse from the internal point of view, as a Brazilian, it seems to be a discourse that attacks not only China, but also the sanctity of Brazilian democracy. Behind the xenophobic discourse, there is a racism that Nazi and fascist regimes gave birth to. We cannot forget that democracy and communism defeated these racists in 1945.