BRICS and Global Governance: Rebuilding a New and Inclusive Multilateralism 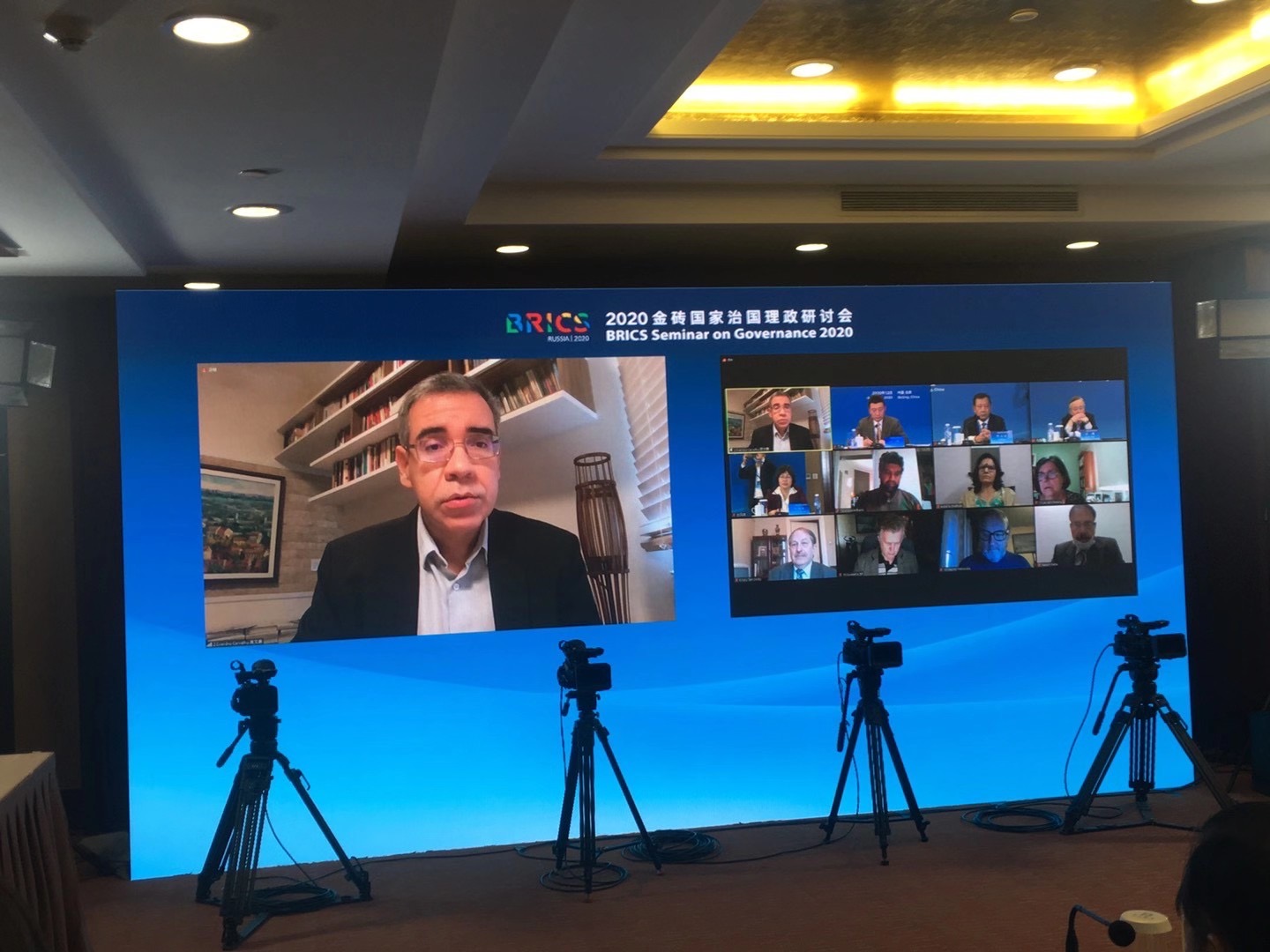 The pandemic exposed the international political tensions arising from China’s economic ascension and the dispute over more efficient governance models adapted to contemporary demands and challenges. One declaration given by an international authority figure brought this debate in the midst of one of the greatest pandemics in the history of humanity: the director-general of the World Health Organization (WHO), Tedros Adhanom Ghebreyesus, speaking about the measures taken by the Chinese government to contain the epidemic of COVID-19, stating that the Chinese president had shown the type of “political leadership” that is expected from countries facing a public health crisis of such magnitude. And, while highlighting China’s commitment to multilateralism and peace, also said: “In fact, they (the Chinese) are protecting the rest of the world.” Trump’s reaction was soon to come and, in its wake, that of the new Brazilian extreme right-wing movement.

Since the USSR’s dismantling, there was a belief that the liberal democratic model would inevitably expand across the world under the patronage and hegemony of the United States. This scenario was challenging due to three factors: the unexpected crisis of democracies in the 21st century; the emergence of communism renewed by China and adapted for competition in the global market; and, finally, the return of neo-Nazi movements in several western democracies.

Democracy, communism, and Nazism represent systems of thought and modes of societal political and economic organization. These three ideologies are moving towards meeting at a crossroads that does not resemble that of the past.

This process was undoubtedly accelerated by the “America First” doctrine of Donald Trump, president of the United States. In the explicit defense of its national interests, the United States risks sacrificing multilateralism and deepening the crisis of legitimacy and efficacy of international organizations. Such an example would be the World Trade Organization (WTO); since 2018 Trump has threatened to pull the United States out of the WTO because his country has allegedly been unsuccessful in almost any trade dispute with China under the WTO’s dispute settlement mechanism. Despite his complaints, statistics compiled by the Peterson Institute for International Economics show that the United States won more cases against China than the other way around. Following the disapproval policy on international organizations, the United States, in 2019, officially withdrew from UNESCO, claiming that the organization had taken an anti-Israel bias. More recently, in the midst of the COVID-19 pandemic, Trump announced the suspension of WHO funding and the withdrawal of the U.S.A. from the organization, arguing that it had failed to report the seriousness of the situation in the city of Wuhan, China, where the coronavirus outbreak was first reported. But there is another argument that justifies the American president’s dissatisfaction: Trump accused the WHO of being “too focused on China.”

The diplomatic crisis between the two major powers became evident when Trump, in the midst of the trade war against China, leveled the accusation of data espionage at the Chinese company Huawei through the infrastructure it sells to telecommunications companies. This crisis was compounded when Trump politicized the pandemic by calling COVID-19 a “Chinese virus,” reviving Sinophobia in his country. Research published by Pew Research Center in March 2020 shows that about two-thirds of Americans now have an unfavorable view of China. That would be the highest negative rating since 2005.

What do these facts reveal? They reveal that the country that, in the 20th century, had once led an international order based on multilateralism, became the one mainly responsible for its disruption and instability. On the other hand, Europe’s lack of more explicit assertiveness in its commitment to a multilateral and multipolar world is also another worrying factor. This is the moment for the BRICS to speak louder and for all nations in defense of multilateralism that can be translated as the defense of the democratization of the international system, and the defense for a greater participation of nations in the decision-making processes that concern the future of all humanity and not just a country.

The debate on governance models and the future of the international order is still ongoing. If the statement made by WHO’s Director-General Tedros Adhanom Ghebreyesus mentioned at the beginning of the article, may sound overly complacent with China, the fact cannot be ignored that the Chinese government has been sending medical supplies to over one hundred countries, in contrast with the Trump administration, which has been accused of diverting medical equipment intended for Germany, France, and Brazil as well.

In this context of international organizations’ crisis and the rise of ideological disputes that remind us of a new Cold War, BRICS must find solutions for these problems and try to continue to be relevant. When BRICS emerged more than 10 years ago, the five countries had a clear reformist agenda for international organizations. The challenge was mainly external to the BRICS group. Currently, the challenge is within the BRICS as a platform. The Brazilian government is not really engaged in multilateralism and brought to its foreign policy the ideological clash originating in the domestic arena. The alignment with the U.S., the insistence on joining the OECD (Organization for Economic Cooperation and Development), and ganging up against China put Brazil on a collision course not only with China but with the original idea of BRICS.

Of course, diplomats will deny these facts because this is part of their job. But the denial of the facts is another symptom of our time. It also seems clear that the political, diplomatic, and even academic discourse that pretends that none of these events are happening is becoming increasingly unsustainable.

However, over its more than 10 years of existence, BRICS has done something that could be its lifeline. I refer to the several forums and seminars that involve the most diverse sectors of society in the five countries. BRICS has sought to involve civil society in discussing this platform’s direction and in defining its agenda. BRICS Business Forum, BRICS Youth Forum, BRICS Women’s Forum, BRICS Legal Forum, and BRICS Seminar on Governance among others, have given BRICS vitality and sustained its legitimacy. In the current context of so much adversity, it is necessary to pay more attention to these forums. Besides, it is important to continue the Outreach Dialogues and BRICS Plus.

Considering the current context, I believe that the time has come for BRICS to support and sponsor a global agenda in defense of the international system’s democratization, multilateralism, and the strengthening of international organizations combined with greater promotion of dialogue between peoples.

In conclusion, we need to escape these political pitfalls that drive the world into conflict, given that some governments in some countries are committed to an agenda for the destruction of multilateralism and the division of the world. To resume its original agenda, BRICS must reinforce its agenda supporting the multilateralism between states and peoples’ unity.